Coventry Transport Museum houses the largest publicly owned collection of British vehicles in the world, and tells the fascinating story of Coventry and its people through the rise and fall of its biggest industry. Now fully reopen after a £9.5m redevelopment programme, this huge museum offers a whole FREE day out of fun and discovery for visitors of all ages – all in an iconic city-centre building, and all completely free. 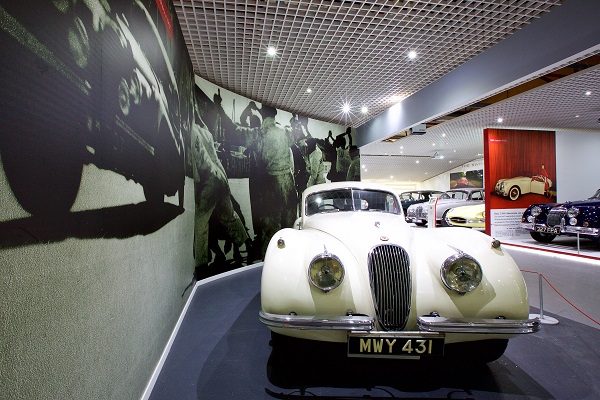 Coventry Transport Museum opened in 1980, after it became clear that the road transport collection was outgrowing the space it occupied in the Herbert Art Gallery & Museum. The Museum’s current collection of vehicles is acknowledged as being one of the finest in the world, and the largest in public ownership.

The first exhibits were acquired in 1937 when Samuel Bartleet gifted the City of Coventry his own private collection of cycles. The first motor cars were added to the collection in 1952, and the collection has continued to grow ever since.

The first major public exhibitions began in 1960 with the official opening of the Herbert Art Gallery and Museum. As the transport collection grew, the vehicles were housed in a number of local sites, eventually settling at their present location in 1980.

The Museum’s collection consists of motor cars, commercial vehicles, cycles and motorcycles. In addition, extensive collections of automobilia, books, photographs and a wealth of other archive material is held and conserved at the Coventry History Centre at the Herbert Art Gallery & Museum. Most of the collection exists through the outstanding generosity of individual donors.