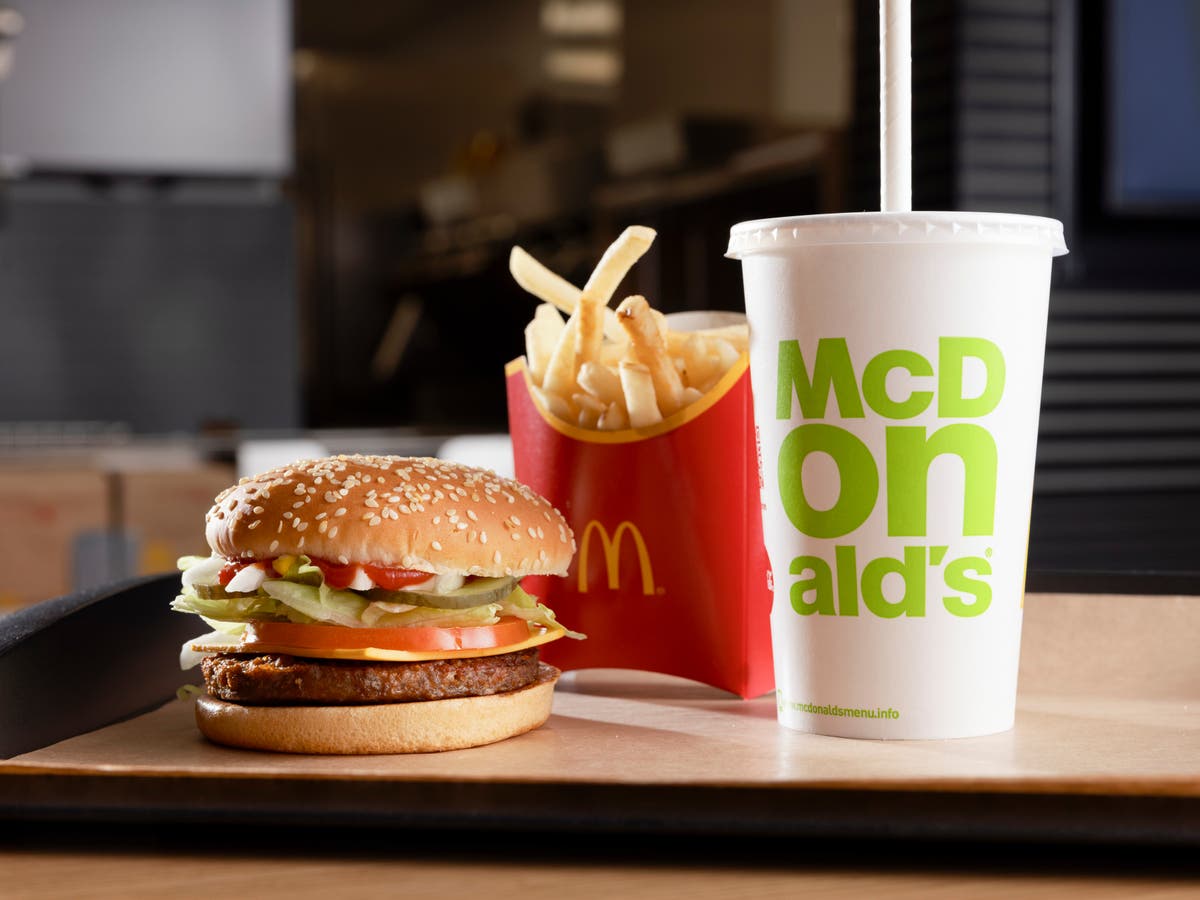 McDonald’s is launching its first plant-based burger in the UK after three years of research and development.

The long-awaited McPlant burger features a plant-based patty developed in collaboration with Beyond Meat and promises customers a pea protein-based vegan cheese that “tastes just like McDonald’s iconic cheese slices”.

It will be served on a vegan sesame bun with a vegan sauce, lettuce, onion, tomato, pickles, ketchup and mustard.

The new £3.49 burger will be trialled in 10 McDonald’s restaurants in Coventry from 29 September, before being expanded to a further 250 restaurants across the UK from 13 October. The fast food giant has said it plans to roll the vegan burger out nationwide in 2022.

According to McDonald’s, the McPlant is cooked separately from other non-vegan McDonald’s menu items and uses dedicated utensils. The burger is certified by the Vegan Society and contains 429 calories.

Michelle Graham-Clare, chief marketing officer at McDonald’s UK and Ireland, said: “We’re so pleased to be finally launching McPlant in the UK and Ireland. As with ever McDonald’s offering, we take our time to ensure it meets the highest standards and is something that all our customers will enjoy.

“We are always looking for different ways to innovate and meet our customers’ needs, and with McPlant, we have a delicious plant-based burger that will appeal to everyone. Whether you’re vegan or just fancy a plant-based patty, we’re confident you will enjoy the McPlant.”

McDonald’s joins a growing number of fast food chains that have already introduced plant-based versions of their most popular menu items, including Leon, KFC, Burger King and Nando’s.

The demand for vegan products in the UK soared last year, as people cut down on meat and dairy over lockdown.

According to a study conducted by The Vegan Society, 43 per cent chose to reduce their meat consumption out of concern for health, environmental or animal rights reasons.