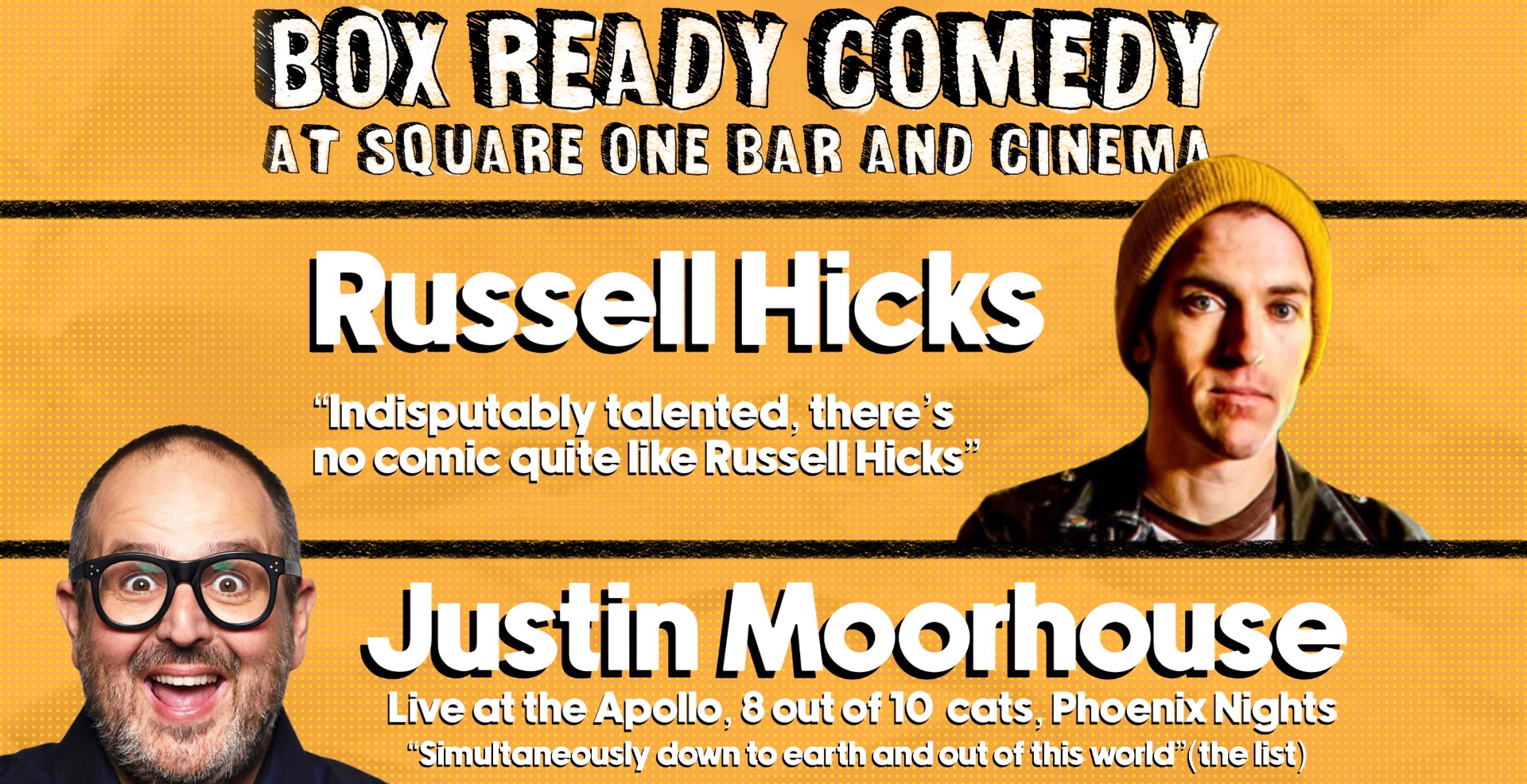 Box ReadyBox Ready Comedy have been running stand up gigs in Coventry since 2018 and started working with Square One in 2021.

After a successful run of shows in our new home we’ve decided to bite the bullet and run our first pro line up weekend. So come and join us for some of the finest acts on the UK comedy circuit and take advantage of our location in the Student Union Building and it’s reasonably priced drinks!

Justin Moore house is a stand-up comedian from Manchester is opening
He appeared on live at the Apollo, 8 out of 10 Cats and Peter Keys Phoenix nights.
He has written and appeared in his own BBC radio four sitcom everyone quite likes Justin.
“Wheelhouse charm the pants off the crowd “
(Sunday Times)
Simultaneously down to earth and out of this world
(the list)

Cressida is a comedian and broadcaster from the West Country but escaped in 2014 and is now able to joke about meat raffles, recreational drugs and other countryside pursuits at a safe distance. Her hilarious observations of family life, and the characters she met in her previous office job, will seduce any audience.

“Captivating presence, great response” –
The Stand
Johnny Rickard is a Comedian & Television Producer based in London – but is originally from sunny Coventry. Returning to the stage for the first time in six years, Johnny takes pleasure in delivering provocative material to audiences that he might not get away with if he wasn’t quite so charming.

Anarchic, unbridled and unfiltered. Russell Hicks is a risk-taking comic whirlwind, captivating audiences everywhere with his razor-sharp wit. From the moment he steps on stage crowds are hooked by his infectiously rebellious personality and unapologetic style as he delivers entirely original comedy content right there in front of your eyes.

“Indisputably talented, there’s no comic quite like Russell Hicks”

Doors are at 7.30pm with the show starting at 8.00pm.
+ Google Calendar+ iCal Export