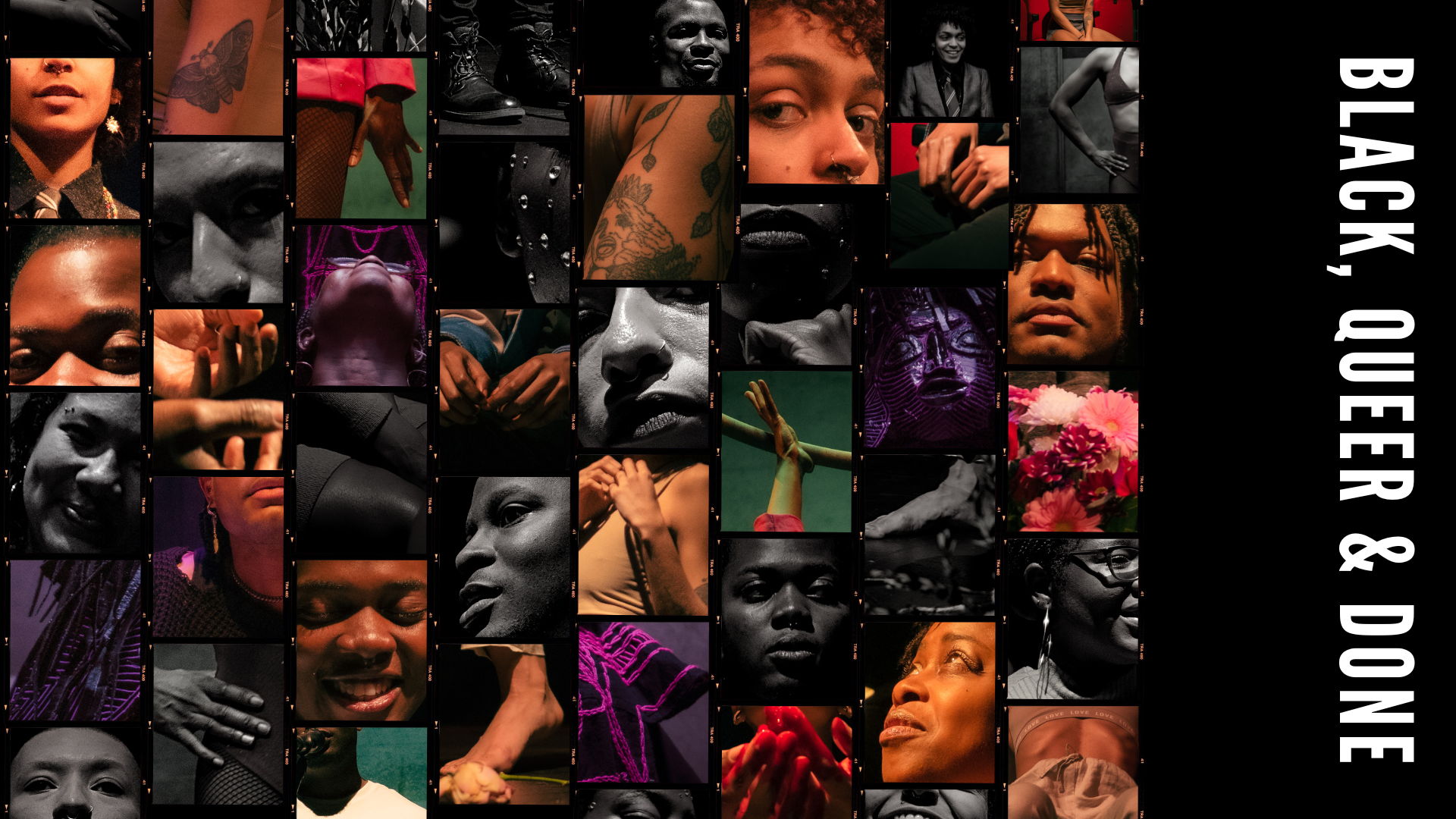 Film and contemporary art lovers are invited to celebrate a new feature film, created by a Coventry artist, exploring the critical differences between how Black, LGBT+ artists and professionals are portrayed, within the media, arts and cultural sectors, versus the reality.

Black, Queer & Done, which was commissioned by Coventry Pride and funded by Arts Council England’s Cultural Recovery Fund, will premiere on Friday 11 November at Coventry’s Belgrade Theatre and features contributors and artists from Coventry, the wider West Midlands and UK, Africa and the US.

The film was created by Coventry artist, Nyasha Daley, one of the 15 Cultural Leaders developed as part of the Coventry City of Culture Trust. Nyasha was motivated to capture the real conversations being had within communities, which often did not reflect the messages reflected by media, arts and culture. The film uses compelling shared experience, coupled with eight artistic pieces responding to themes discussed throughout.

Nyasha, who was recently accepted into the prestigious Clore Fellowship 2022, said: “I’m incredibly proud of this film; the commentary and commissions are brilliant, interesting, and perhaps different to what someone might expect from the film’s title. We’re hoping that we will attract a diverse audience; the film explores themes that would be of interest to Black people, Queer people and those who would consider themselves allies.”

Black, Queer & Done has been in development since July 2021 and features focus group contributions gathered throughout 2021 through a series of online video conferences (due to UK lockdown restrictions and requirements), with LGBT+ arts professionals and practitioners across the UK, US and Africa.

These sessions informed three themes – My Queer Me, In-Between-Ness & It’s Giving Thanks – which formed the basis of a commission call-out to Black, Queer artists who responded with a variety of practice including spoken word, music, dance, and aerial work.

Nyasha added, “I’m also really proud and grateful for my awesome crew of Trevor Price and Dwain Daley; between the three of us we have covered so many roles. It’s been brilliant and challenging at times too. The team at the Belgrade have been really supportive and to be able to watch it on the big screen at B2 where we filmed the artists’ performances, is just incredible. We can’t wait to celebrate with everyone!”

The artistic commissions were filmed in the Belgrade Theatre’s B2, which is where the film will premiere, creating an immersive experience.

Black, Queer & Done will be screened from 7.30pm on Friday 11 November, with tickets priced at just £5. The BQD team will also be giving away ten tickets via their Instagram account @blackqueerdone from Friday 4 November 2022.

Guests will arrive and enter on the obligatory red carpet; there will be music, merriment, and popcorn on sale too!

Everyone attending is invited to stay after the film finishes to dance the night away to a DJ set. The Belgrade’s Nineteen 58 bar will be open, and as well as drinks, guests will also be able to order hot food and snacks.

The official trailer can be viewed here.