An Evening with Martin O’Neill 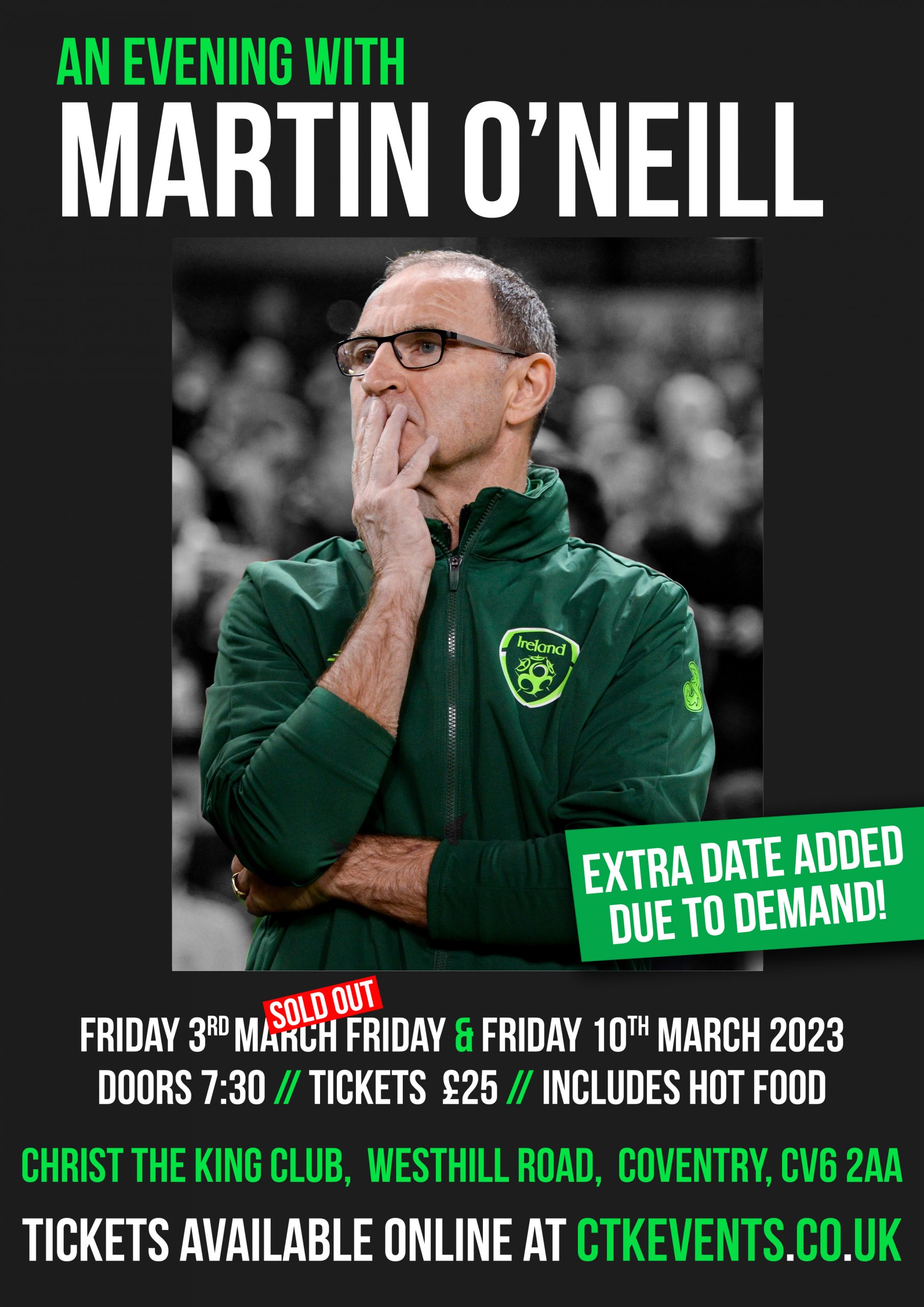 MARTIN O’NEILL is being ‘Sent to Coventry’ this March and is heading to Christ the King Club as they stage their latest sportsman evenings.

The Legendary former Celtic and Ireland manager will be talking about some of his greatest moments in football when he comes to the city for an evening with the fans.

Martin O’Neill is one of the most compelling and respected figures in football. His career has taken him from playing for Lisburn Distillery in Northern Ireland to being a key part of the indomitable Brian Clough’s hugely successful Nottingham Forest team that won back-to-back European Cups in 1979 and 1980.

As a player, O’Neill represented Northern Ireland over sixty times, playing alongside George Best and captaining the side at the 1982 World Cup.

Now, in a rare appearance, Martin O’Neill is coming to Coventry to reflect on one of the most varied and interesting football careers in the British Isles. As a manager, his legendary time in charge of Celtic saw them win seven trophies including three Scottish Premier League titles and reach the UEFA Cup final. In England, he successfully led both Leicester City and Aston Villa to League Cups. With Roy Keane as his assistant manager, he oversaw Ireland reaching the Euros for only the third time in their history.

He will be appearing at the club in Westhill Road on two nights due to demand Friday March 3rd and Saturday 4th March 2023 from 7.30pm.

Tickets for the events, which will be compered by Adam Bridge from Talksport Radio, are priced at £25 which includes hot food.

Tables of 10, 12 or Individual tickets are available to order

For tickets to the event, which kicks off at 7.30pm, are available online now at www.ctkevents.co.uk