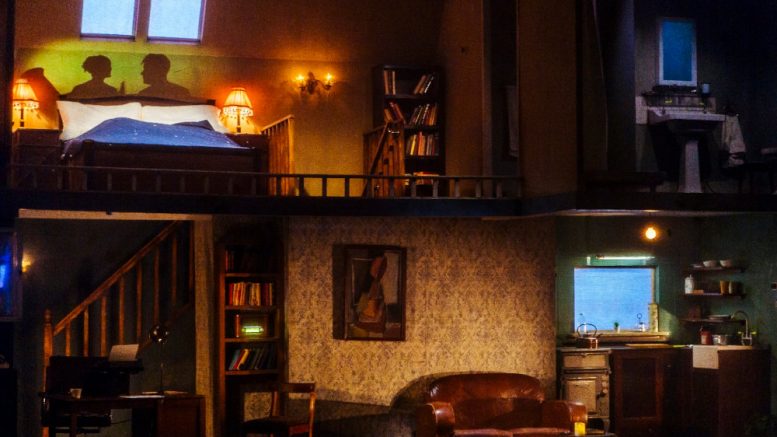 Beckett’s Room tells the story of the apartment in Paris where famed Irish writer Samuel Beckett (Waiting for Godot, Endgame) lived with his partner Suzanne Dechevaux-Dumesnil during the Second World War.

A play without performers, the audience listen through headphones and gaze upon the apartment where a story unfolds as voices, footsteps and laughter are heard, typewriters keys move, a coffee cup is raised, a wardrobe is opened, doors slammed – but the absence of bodies on stage focuses us intently on their stories.

The production considers Samuel and Suzanne’s place within the French Resistance, questioning the price of artistic freedom in times of censorship, and what it means to stand up to a totalitarian regime. But it also speaks to us about the millions of other lives across Europe which were changed by conflict.

This is a biography of a room, and an invitation to bear witness to a world as it disappears.

Featuring the voices of Brian Gleeson (Mother!, Phantom Thread, Peaky Blinders) as Beckett and Barbara Probst (Missions) as Suzanne, the work has been co-commissioned by Irish Arts Center and Warwick Arts Centre. The production received it’s world premiere at Dublin Theatre Festival in 2019, where it was greeted by a raft of four and five star reviews. The Coventry shows are the only UK performances.

Born in Dublin in 1906, the novelist, playwright and poet Samuel Beckett settled in Paris during the 1930s, where he met Suzanne Dechevaux-Dumesnil. As the Nazi’s invaded France, Beckett – as a resident of a neutral country – was allowed to stay. He joined the resistance in 1941, before going into hiding after the Gestapo arrested members of his group. The success of Waiting For Godot in the 1950s established him as one of the great writers of the late-20 century, and he was awarded the Nobel Prize for Literature in 1969. Both Beckett, and Suzanne (who he married in 1961), died in 1989.

Based between Dublin and London, Dead Centre were founded in 2012. Known for their inventive and inspiring works, previous productions include LIPPY, Chekhov’s First Play and Hamnet (which visited Warwick Arts Centre in 2018).

“Exploring Beckett’s life as a young writer in Paris during the war has been an international journey, with many supporters and collaborators along the way,” explained Bush Mouzarkel, Dead Centre’s co-Artistic Director. “The twist of telling an engaging and thrilling theatrical story, to an audience who can hear the disembodied voices of characters they cannot see, is an interpretation we like to think may have amused Samuel Beckett himself.” 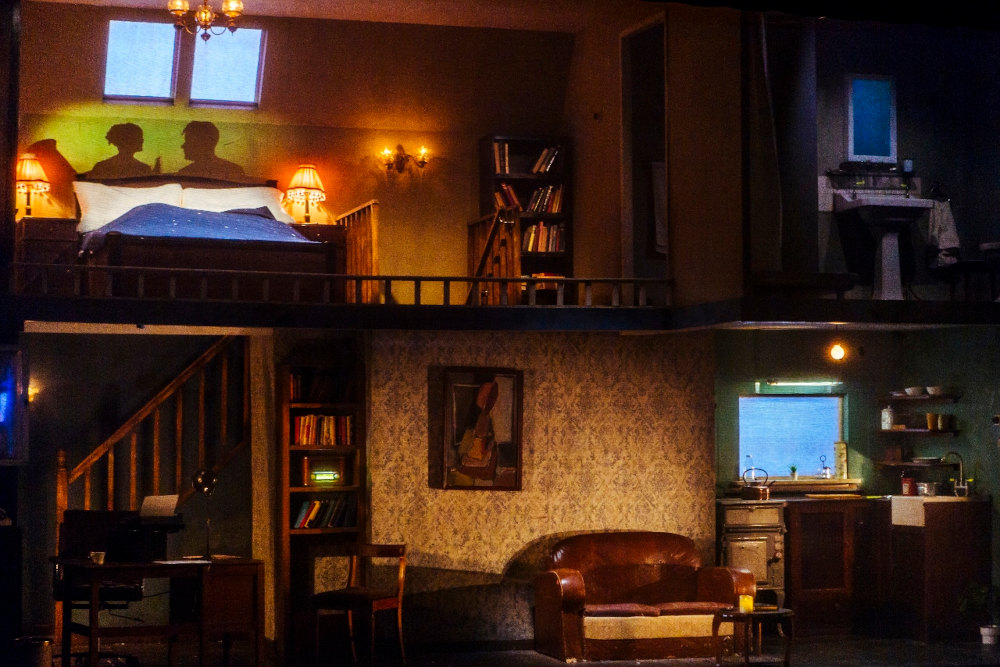